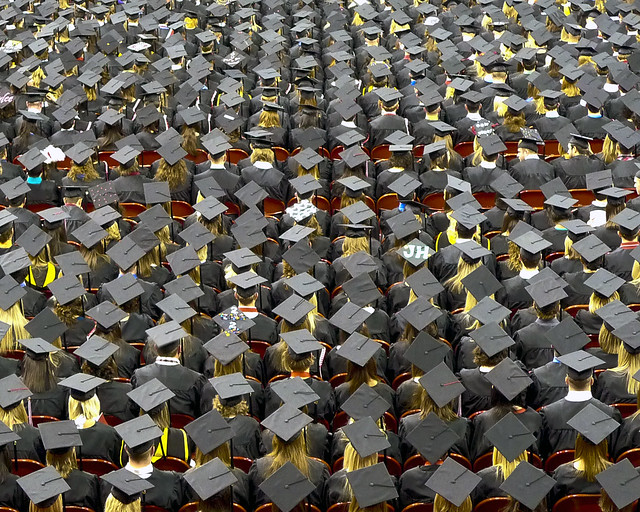 In other scenarios, rather than being defensive on the part of the speaker, sometimes comments are rudely directed to those who are earning or have earned college degrees.  For many recipients of those comments, the denigration resonates.  Students have told me that their parents and grandparents accused them of “selling out”, “discarding their heritage” (paraphrase), or even “becoming a puppet of the system”.

I cannot imagine how painful it is to make incredible sacrifice, often in terms of personal debt and time at a very young age, while those you love most defame this opportunity for improvement.  A clear disconnect is present, for these individuals, in what college is and what it does.

The Most Useful Lessons I Learned in College

It’s true:  college does not teach you anything.  Higher education is not a magical machine that crams information and the experience/wisdom to use that information into your brain.  Learning is something that is personal and college is the opportunity to learn, filtered through our own personal experiences and vantage points.

To confound this discussion further, as spoken by my provost (Dr. David Garrison), [paraphrase] “…many–but not all–of the most valuable things that we learn are a byproduct of the collegiate process.”  I’ve thought about that phrase now for two months and I would like to share some of the most valuable byproducts gifted to me in college.

As a student, you should consider a college education to be a beta test for life.  You get a chance to find out what isn’t working and what may be functional; you get a chance to work out the kinks.  (The kink-fixing is probably not a conscious effort.)  You will learn skills that can help in a job when you earn a college degree.  Heck, an improved iteration of who you were will be put forth even if you only learned the coursework.  But, most importantly, you will learn about living.  Then, one day, you’ll be released into the world.

Now, with a few years on this side of the desk behind me, I have watched students come and go in four (or five or six) years.  Children entered and adults left; boys grew into men and girls into women.   These children, confined to thinking in conventional ways, came to us but exited as adults with the abilities of dreaming, implementing, and communicating.

Feel free to leave thoughts or comments below!  I welcome the dialogue.

The Most Useful Lessons I Learned in College
Tagged on: College    University

3 thoughts on “The Most Useful Lessons I Learned in College”